(Scroll down for the results of the code board check sheets)

A new event in our calendar, the Knowldale Autumn Tour took place on Saturday 6th October. 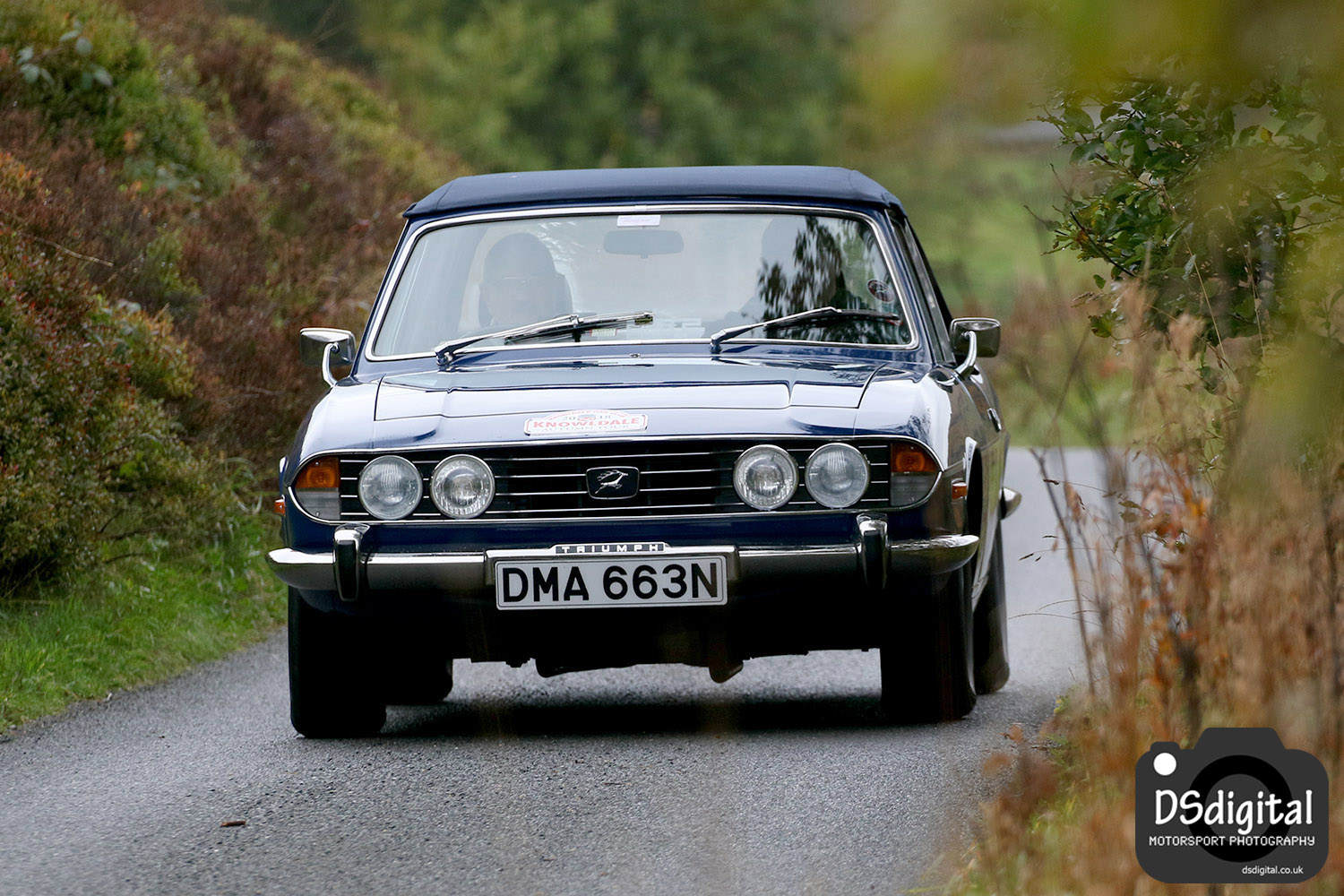 The Autumn Tour was aimed at classic and collectors vehicle owners and one-make/model owners.  Like the Mini Miglia, it is a non-competitve run and at 65 miles catered for those who don't want distance of a full day challenge. A shorter route of about 45 miles was offered.

The weather forecast for the day promised heavy rain all morning but it remained fine and dry with the sun attempting an appearance as the first cars reached the finish. The event started at the Turnpike Inn near Junction 22 of the M62, where crews had breakfast of bacon butties whilst signing on and collecting their tulip-style road book. Those who wished could use the tricky navigational instructions also provided to plot the route on OS Maps 103, 104 and 110. 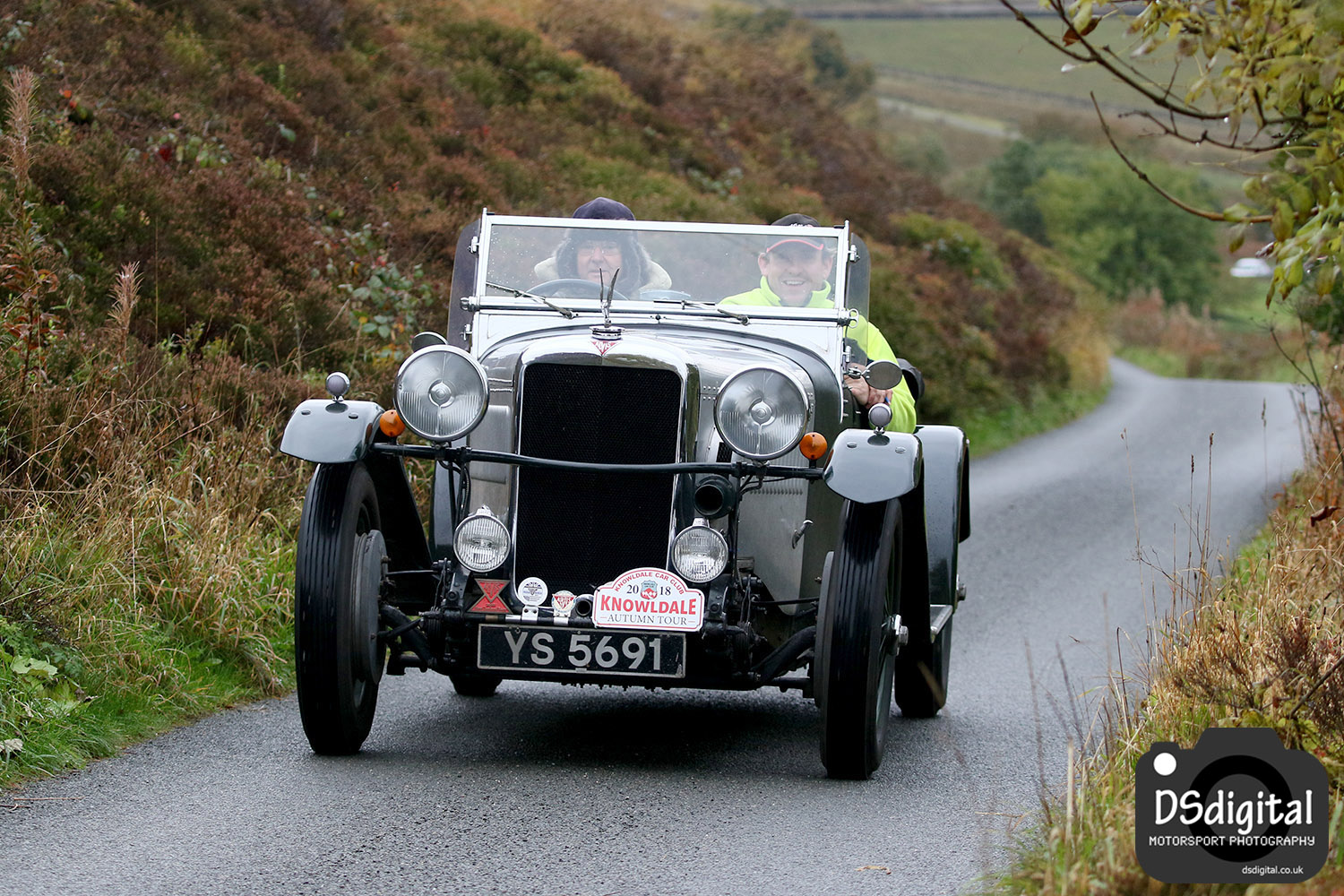 into Oxenholme.  The longer route then continued over the moors into Trawden and turned towards Hebden Bridge over Widdop. Roadworks in Mytholmroyd delayed proceedings somewhat but it was worth the wait for a final push through Ripponden Maze and over Pike End to the finish.

More of Dickon Siddall's photographs from the event are in the Gallery or can be seen at https://www.dsdigital.co.uk/motorsport-photographs-2018/gallery307-2/